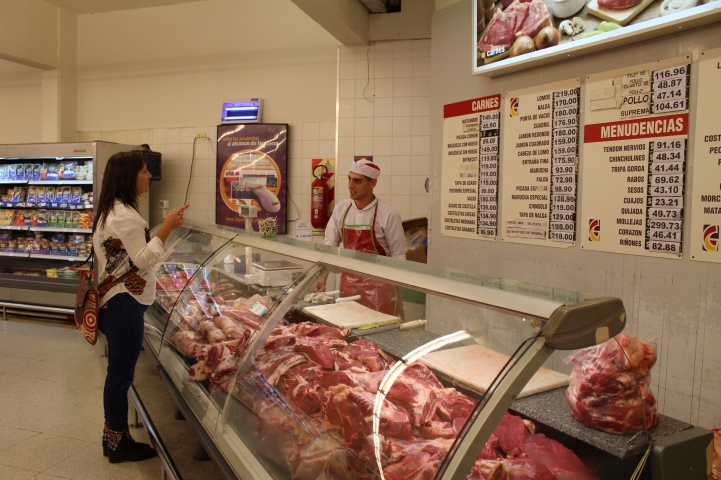 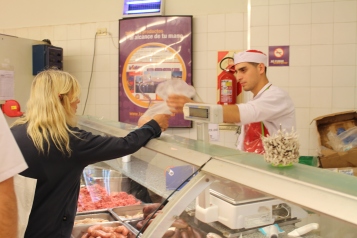 There’s a stark contrast between the Argentinian shopper’s attitude to beef and that of the European consumer – and it’s something which has impacted the whole supply chain.

70% of beef is bought from a butcher in Argentina, with little to no demand for pre-packed meat. The consumer has inherent trust in the system and isn’t particularly concerned about where their meat comes from – as long as it’s consistent, high quality and tender. They also have confidence in their own ability to choose meat from the butcher’s counter – showing preference for the national favourite; ribs and cuts to make schnitzel.

This links back to the current requirements for finished beef in the country. All cattle are sold live weight, with the farmer having to produce an animal of over 300kg. As the consumer believes smaller animals are more tender (see previous post) the average size of a heifer (usually Aberdeen Angus or Hereford) is around 340kg live weight at finish and around 400kg for a steer.

To date, the Argentine farmer receives payment based on the weight of that live animal and whether it’s classed as ‘good’ or ‘bad’. How the animal has killed out has traditionally been of little concern as animals aren’t graded in any more detail.

Very little beef is sold pre-packed (left). This is the only packed fresh beef available in La Gallega supermarket in Rosario.

With the current system, consumers are completely happy with the beef that’s available on the market and there’s no demand for things to change. However, Argentina’s drive to make more of its export markets means that changes are afoot.

Animals produced for the EU export market are already larger than those for the internal market, with steers averaging over 450kg live weight. However, the Argentinian farming industry has recognised that more needs to be done to produce quality beef that meets the EU consumer’s more specific tastes surrounding quality and traceability.

As a result, Sebastian Bendayon from The Chamber of Abattoirs in the Province of Santa Fe, told me that the industry is overhauling the “Argentine Typification” for grading meat.

“This system is currently being revised to differentiate between the colour of the meat, the colour of fat, whilst also taking into account marbling,” he explains. “The farmer today is being more consciousness about meat quality, but up until recently, they only sold meat. There was no differentiation.” 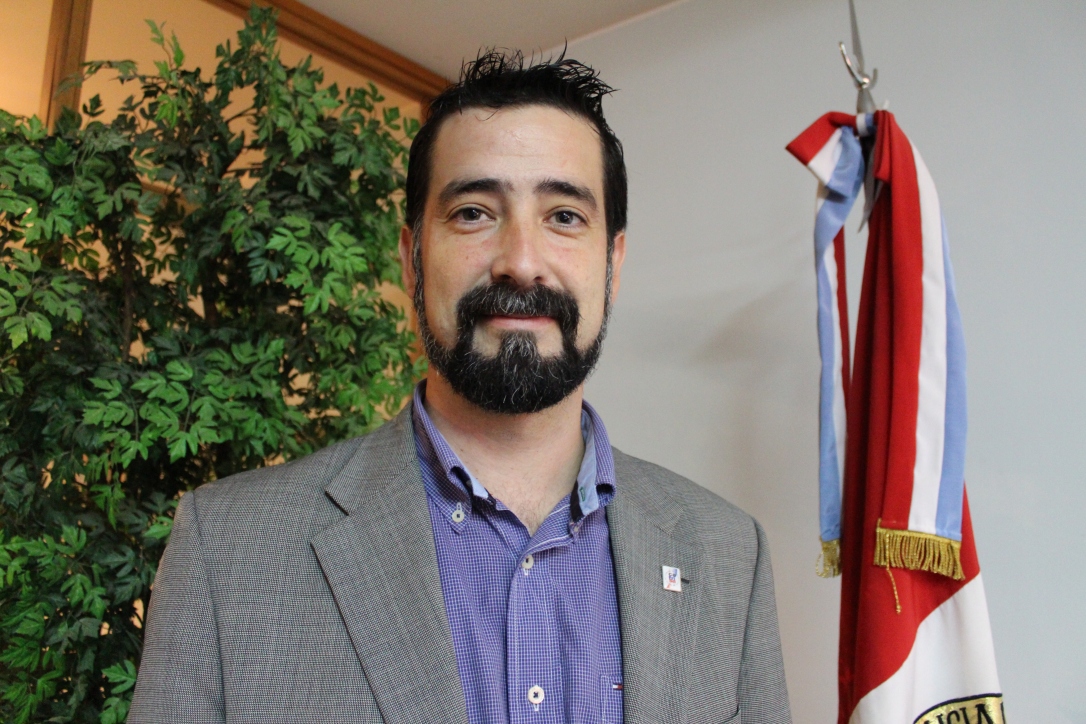 The new meat classification guidelines are in the draft stages, however it looks likely that they will look towards the American system of beef classification. This considers age, type of animal by gender and weight and also marbling, meat colour, fat colour and other meat quality characteristics.

Sebastian says the changes are purely being implemented because of the demands of the export market. He explains: “It’s basically to do with the external market and to have a classification that’s valid for the foreign market and foreign consumer.”

Farmers will continue to sell animals live weight, but the idea is that certain producers will gain a reputation for producing animals with the desired meat quality characteristics and thus achieve a premium from buyers.

“So farmers will be more conscious about raising and fattening of animals and take into account feeding and genetics as well,” Sebastian adds. “Previously Argentine farmers had the luxury of just having generic beef and the market would give them a good price. Now we’re moving into a stage where the market rewards for efficient, conscientious farmers.”

The effects are already being seen on the ground. Pedigree producers are already selecting for rib-eye area and marbling. A vet also told me that he was ultra-sounding commercial beef animals for these parameters on some of his client’s farms (unfortunately I wasn’t able to find out more about this whilst I was in the country).

As the new classification standards will be national, all producers – regardless of whether they are producing for internal or external consumption – will have to comply.
The challenge may come in convincing the Argentinian shopper that they want different meat and will pay extra for rib-eye and marbling. With beef so engrained in Argentine culture and the consumer so sure about what they want, it could be a struggle.

I'm a freelance farming journalist specialising in livestock production. I've been an ag journalist for nine years - four of which were spent at Farmers Weekly magazine as Deputy Livestock Editor. I now live in the South West of England and spend my time reporting on technical livestock matters for GB farmers. Having been awarded the GAJ Perkins Innovation Scholarship 2017, I am travelling to Argentina in April 2018 to learn about beef production systems and will be documenting my findings as I go. View all posts by Aly Balsom